You are at:Home»Beyond Basic Beta Channel»MLPs Are Down, but They May No be Out for Long 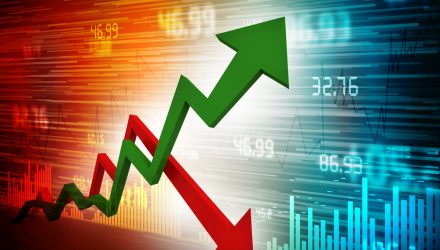 MLPs Are Down, but They May No be Out for Long

With oil prices still in the doldrums, showing nary a response to recent supply cut news, master limited partnerships and ETFs such as the ALPS Alerian MLP ETF (NYSEArca: AMLP) continue scuffling.

Past performance isn’t guaranteed to repeat, but it’s worth noting the history of the Alerian MLP Infrastructure Index (AMZI) – AMLP’s underlying benchmark – particularly when that index experiences large drawdowns.

“Many investors have looked back to 2014-2016 as a reference for today’s environment given that WTI oil prices bottomed at $26/bbl in February 2016,” notes Morris. “In contrast to 2020, there was a slow grind lower from oil’s relative peak in the summer of 2014 to its bottom. The strongest forward returns in the table followed a weak performance in early 2016 that coincided with oil’s relative low on February 11, which also marked a relatively low in the AMZI.”

“In 2020, the price move in oil and MLPs have been quick and drastic with the unprecedented demand impact from COVID-19 exacerbated by an oil price war that has finally been resolved with agreed production cuts,” adds Morris. “Each sell-off and recovery is unique, and the shape of the recovery for MLPs this time around could be swift as seen in 2016 or a slow grind. Through April 9, less than a month from the relative bottom, the AMZI had already gained over 40% on a price return basis. However, considering the magnitude of the recent sell-off, there is still much ground to regain for a true recovery to be realized.”