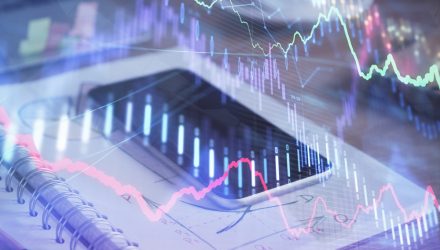 The transaction values the Call of Duty publisher at $95 a share — a 46% premium to where the stock closed on January 14. News of the deal — the largest on record for Microsoft — provided some support for select exchange traded funds, namely the VanEck Vectors Video Gaming and eSports ETF (NASDAQ: ESPO).

ESPO, which follows the MVIS Global Video Gaming and eSports Index, had a 6.12% weight to Activision as of January 14, making the stock the fund’s fifth-largest holding and ESPO one of the largest ETF owners of Activision shares.

In addition to acquiring venerable gaming franchises such as Call of Duty, Candy Crush, Diablo, Overwatch, and Warcraft, Microsoft is making its presence felt in the fast-growing mobile games arena with the purchase of Activision.

“Mobile is the largest segment in gaming, with nearly 95 percent of all players globally enjoying games on mobile,” according to the Microsoft statement. “And with games like Candy Crush, Activision Blizzard´s mobile business represents a significant presence and opportunity for Microsoft in this fast-growing segment.”

The deal is scheduled at some point in fiscal 2023. Despite being the company behind Xbox and the popular Halo series, Microsoft isn’t part of the ESPO roster because gaming doesn’t represent a large enough slice of the company’s overall revenue.

It remains to be seen if after closing the Activision purchase Microsoft gains entry into ESPO, but it is clear that the deal makes the technology giant the third-largest video game maker in the world by revenue, trailing only Tencent (OTC:TCEHY) and Playstaion manufacturer Sony. Tencent is ESPO’s largest component at a weight of 9%, while Sony isn’t one of the ETF’s 25 holdings.

“The acquisition also bolsters Microsoft’s Game Pass portfolio with plans to launch Activision Blizzard games into Game Pass, which has reached a new milestone of over 25 million subscribers,” according to the statement. “With Activision Blizzard’s nearly 400 million monthly active players in 190 countries and three billion-dollar franchises, this acquisition will make Game Pass one of the most compelling and diverse lineups of gaming content in the industry. Upon close, Microsoft will have 30 internal game development studios, along with additional publishing and esports production capabilities.”