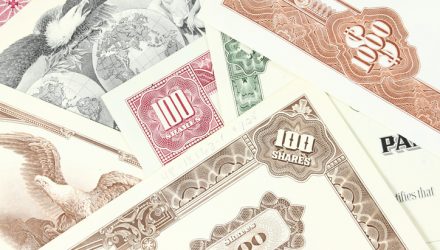 Keeping it Short, But Effective With Junk Bonds

The Fed recently lowered interest rates and is poised to do so again before the end of this year, likely making longer duration bond funds more attractive to income investors. However, some investors may still opt to manage rate risk with high-yield corporate bonds, an objective that can be achieved with ETFs, such as the iShares 0-5 Year High Yield Corp Bd ETF (NYSEArca: SHYG).

SHYG, which charges 0.30% per year, or $30 on a $10,000 investment, takes some steps to address the costs associated with trading high-yield debt and some of the liquidity issues in the asset class.

“To address this issue, this fund screens its holdings for liquidity by their size,” said Morningstar in a recent note. “The fund tracks the Markit iBoxx USD Liquid High Yield 0-5 Index, which provides market-value-weighted exposure to high-yield corporate bonds with fewer than five years remaining to maturity. However, that also restricts it to a narrower universe than is available to many of its active counterparts, and it does not represent the investment opportunity set available to active managers.”

What’s Can Happen Next For These Bonds

Up 6.71% year-to-date, SHYG holds 601 bonds. While the fund’s effective duration is just 1.86 years, its 30-day SEC yield is 5.42%, indicating it’s not cheating investors on income while offering lower rate risk.

“High-yield bonds have considerable credit risk,” according to Morningstar. “However, they attempt to compensate investors for their default risk with enticing coupons. Even if issuers don’t default, high-yield bonds can underperform the broader bond market if credit spreads widen, which usually occurs during economic downturns.”

Related: How to be Adventurous With Junk Bonds

Nearly 85% of SHYG’s holdings are rated BB or B, but the fund does devote almost 13% of its weight to highly speculative CCC-rated debt.

“Though it has some shortcomings, the fund has two aces up its sleeve,” said Morningstar. “First, its cost advantage will continue to give it a durable edge. Second, it removes bonds that have fallen more than 40% from their initial issue prices to mitigate drawdowns. As a result of this rule, the fund eliminated approximately 50 energy sector bonds between April 2015 and April 2016. It fared better than most of its peers during the commodity sell-off that lasted from mid-2015 to early 2016. On average, its category peers declined by 8%, while it lost 6%.”

Morningstar has a neutral rating on SHYG.