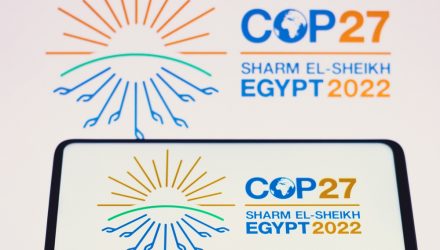 It’s Getting Hot in Here: What to Know Leading up to COP27

Here’s an overview of what to expect from COP27, which will focus on climate change adaptation, climate finance and nature-based solutions.

COP stands for Conference of the Parties. COP is the decision-making body of the United Nations Framework Convention on Climate Change (UNFCCC), which is an international environmental treaty designed to mitigate climate change. The parties of the COP are the governments that attend the meetings and that are signatories to the UNFCCC. Corporations, NGOs and activists attend COPs as well.

COP meetings are held on an annual basis. COP26 was held last November in Glasgow, Scotland. Many are familiar with 2015’s COP21, which resulted in the Paris Agreement (the first legally binding global treaty on climate change).1

In the year that has passed since COP26 in Glasgow, there has been a seismic shift in the global geopolitical agenda for climate and sustainability. Russia’s invasion of Ukraine has resulted in soaring energy and crop prices, sending energy and food security to the top of the global agenda.2 The U.S. and China have suspended climate talks amidst rising political tensions.3

Meanwhile, natural disasters and other extreme climate events have devastated communities around the world, from Europe’s worst drought in 500 years4 to the floods in Pakistan to the destruction left in the wake of Hurricane Ian in the U.S.

A report from UN Climate Change reveals that countries are mitigating their greenhouse gas (GHG) emissions, but that these efforts remain insufficient to limit the global temperature rise to 1.5 degrees Celsius by the end of the century (which is the ultimate goal of the Paris Agreement). According to the report, only 24 out of 193 countries have increased their climate ambitions this year to work towards their climate pledges, which still puts the world on track for 2.5 degrees of warming in this time period.5

COP27 has not received nearly as much press or anticipation compared to COP26 in Glasgow a year ago and isn’t regarded as high priority by many top-level executives. While last year’s meeting had many prominent corporate heads in attendance, many of those notable individuals will not be present at the meeting this November, including BlackRock CEO Larry Fink, Citi Group CEO Jane Fraser and Standard Chartered CEO Bill Winters.6 The newly appointed UK prime minister Rishi Sunak will also be absent.7

On the Agenda: Action, Adaptation and Natural Capital

Countries will report on their progress towards meeting the goals set out in their NDCs. Countries, alongside companies, financial institutions and other private sector actors are expected to announce how they will continue to work towards, and in some cases step up, their climate ambitions. Countries will be expected to demonstrate progress on legislation and policies in operationalizing the Paris Agreement.

The summit with also convene financial industry groups that have made climate commitments, at a time when the credibility of these groups is faltering. COP26 resulted in the formation of a number of industry groups committed to meeting net zero GHG emissions, including the Glasgow Financial Alliance for Net Zero (GFANZ). GFANZ members represent over 500 financial sector members that have pledged to reach net zero emissions by 2050 and represent $135T in assets under management (AUM).9 While these groups have the potential to mainstream and institutionalize more climate-friendly finance, recent coverage has suggested that some banks and other financial actors are considering “quiet quitting” their pledges due to the possibility of legal risks10 and as traditional energy has experienced a market resurgence this year.11 The conference will reveal the credibility of these industry groups.

Adaptation Is the New Mitigation

At COP26, developed countries agreed to at least double finance for adaptation, and many stakeholders are calling for even greater levels of adaptation funding to match the amounts that are now being spent on mitigation.12

The 2022 Annual Report from the Intergovernmental Panel on Climate Change (IPCC) found that climate impacts are more widespread and severe than expected. The report also detailed that there is a large gap between current adaptation levels and those needed, which is mostly due to a lack of financing.13 Mobilizing capital into climate change adaptation projects will be a major focus of COP27 negotiations.

Climate Finance and Loss and Damage

COP26 was the first of the meetings to focus extensively on the crucial role that nature-based solutions will play in drawing down emissions and helping countries adapt to the impacts of our changing climate.16 The summit this year can be expected to build on this focus and call for financing for natural capital and biodiversity projects, including allowing forests to regrow, restoring coastal wetlands and switching to restorative agricultural practices.17

The Jury Is Out

While COP27 has received far less attention and will not deliver on stricter climate action, it will hold countries accountable for their progress (or lack thereof) towards emissions reductions and will focus largely on implementing and operationalizing the goals of the Paris Agreement. The summit will take a special focus on climate change adaptation, climate finance and nature-based solutions that were not considered at previous summits. While it is a less important COP, it provides an opportunity for continued accountability and dialogue as the global community attempts to limit the global temperature rise to 1.5 degrees Celsius by the end of the century.

Originally published by VanEck on November 4, 2022.

2 FAO. THE IMPORTANCE OF UKRAINE AND THE RUSSIAN FEDERATION FOR GLOBAL AGRICULTURAL MARKETS AND THE RISKS ASSOCIATED WITH THE WAR IN UKRAINE. As of June 10, 2022.
IEA. Impact of the war in Ukraine on the energy sector. As of July 19, 2022.

3 Ministry of Foreign Affairs of the People’s Republic of China. As of August 5, 2022.

4 European Commission, Drought in Europe. As of August 2022.

9 Glasgow Financial Alliance for Net Zero. As of October 2022.

17 American University. What are Nature-Based Solutions? As of October 2022.

Please note that VanEck may offer investments products that invest in the asset class(es) or industries included in this blog.

This is not an offer to buy or sell, or a solicitation of any offer to buy or sell any of the securities mentioned herein. The information presented does not involve the rendering of personalized investment, financial, legal, or tax advice. Certain statements contained herein may constitute projections, forecasts and other forward looking statements, which do not reflect actual results, are valid as of the date of this communication and subject to change without notice. Information provided by third party sources are believed to be reliable and have not been independently verified for accuracy or completeness and cannot be guaranteed. The information herein represents the opinion of the author(s), but not necessarily those of VanEck.

Sustainable Investing Considerations: Sustainable investing strategies aim to consider and in some instances integrate the analysis of environmental, social and governance (ESG) factors into the investment process and portfolio. Strategies across geographies and styles approach ESG analysis and incorporate the findings in a variety of ways. Incorporating ESG factors or Sustainable Investing Considerations may inhibit the portfolio manager’s ability to participate in certain investment opportunities that otherwise would be consistent with its investment objective and other principal investment strategies.

ESG investing is qualitative and subjective by nature, and there is no guarantee that the factors utilized by VanEck or any judgment exercised by VanEck will reflect the opinions of any particular investor. Information regarding responsible practices is obtained through voluntary or third-party reporting, which may not be accurate or complete, and VanEck is dependent on such information to evaluate a company’s commitment to, or implementation of, responsible practices. Socially responsible norms differ by region. There is no assurance that the socially responsible investing strategy and techniques employed will be successful. An investment strategy may hold securities of issuers that are not aligned with ESG principles.