You are at:Home»Beyond Basic Beta Channel»It Could be Time to Revisit Emerging Markets ETFs 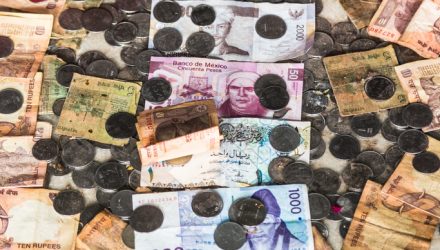 It Could be Time to Revisit Emerging Markets ETFs

The iShares Core MSCI Emerging Markets ETF (NYSEArca: IEMG), one of the largest emerging markets exchange traded funds, is up more than 5% over the past month. With recent indications that US/China trade talks are back on track, now could be an ideal time for investors to rethink ETFs with exposure to developing economies.

Adding to the case for emerging markets ETFs, such as IEMG, is the increasingly dovish posture of the Federal Reserve.

U.S. monetary policy has caused big ripples on central banks in emerging markets due to the influence over global flows of capital and currency moves. When the U.S. hikes rates, it encourages investors to bring their capital back home, forcing developing countries to follow suit even if it means crippling their own economies to keep their domestic currencies steady against the greenback and avoid a jump in inflation as the prices of imports rise.

“This is why last week’s announcements were particularly relevant for EM,” said BlackRock in a note out Monday. “First the European Central Bank and then the Federal Reserve gave a clear indication of a pivot towards easier money. The subsequent change in rates, the dollar, and credit spreads immediately led to an easing of financial conditions.”

IEMG: Banking On A Rate Cut?

Many investors and analysts interpreted recent comments from Federal Reserve Chairman Jerome Powell to mean that the Fed would safeguard the economy and take necessary measures to prevent the market from sinking.

Any rate cuts by the Fed are bound to garner interest in emerging market investment, although war tensions are certainly still a factor that might hinder this process.

“During the past decade both investor sentiment and the broader economy have been increasingly at the mercy of central banks,” said BlackRock. “But while both developed and emerging market stocks benefit from easy money, emerging markets have historically benefited more. This is particularly true in the post-crisis era.”

“In contrast to 2018, central banks are no longer talking about ‘normalizing policy,’” said BlackRock. “Instead, there is a renewed focus on providing downside protection for the global economy. In this type of environment, it is often the riskiest assets that gain the most.”