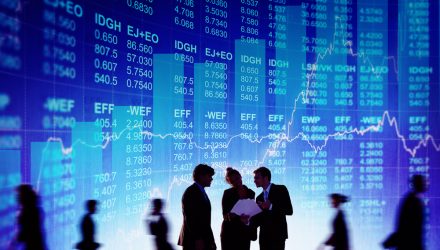 Time will tell if 2023 is finally the year in which international stocks get their respective acts together and show signs of life against U.S. equities, but if that scenario materializes, investors should keep in mind that some avenues for tapping into that trend are better than others.

MOTI, which tracks the Morningstar® Global ex-US Moat Focus Index, proved its mettle in 2022 as an alternative to basic beta international equity funds. Last year, the VanEck ETF lost 6.9% compared with a 16% tumble by the widely followed MSCI ex-US All Country World Index. It’s just one annual example, but it’s proof that wide moat investing, a style popularized by the legendary Warren Buffet, can work.

“The key to investing is … determining the competitive advantage of any given company and, above all, the durability of that advantage. The products or services that have wide, sustainable moats around them are the ones that deliver rewards to investors,” Buffet once said.

Like the domestic ETFs in VanEck’s wide moat stable, MOTI attempts to deliver to investors exposure to attractively valued wide moat names. That can be a high hurdle to clear, and as such, MOTI is home to just 70 stocks, as of January 6, 2023. However, none of the ETF’s holdings exceed a weight of 2.49%, indicating that single-stock risk is relatively low in the fund.

MOTI allocates roughly 45% of its combined weight to the healthcare, technology, consumer staples, and industrial sectors — groups that are heavily represented on a recently published Morningstar list of international wide moat names with 2023 upside potential.

That list is home to nearly two dozen stocks, but interestingly, just two entered 2023 in undervalued territory. That pair, revealed below, are MOTI member firms.

“They are Belgium-based Anheuser-Busch InBev BUD, the maker of Budweiser and Corona beers; and the Chinese offshoot of Yum Brands, Yum China Holdings YUMC, which operates brands like KFC and Taco Bell in China,” wrote Morningstar analyst Ruth Saldanha.

Yum China could be a long-term winner because the penetration of fast food chains in China isn’t anywhere close to that of the West, indicating that there’s room for growth.