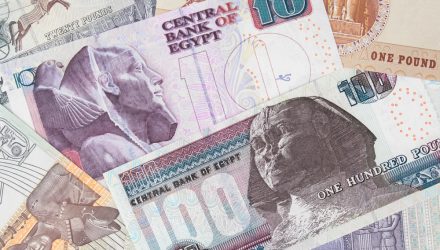 Inside the Only Pure Play ETF for Egyptian Exposure

The major U.S. indexes aren’t the only ones feeling the positive market vibes of a vaccine rally. For ETF investors looking for overseas diversification in emerging markets (EM), funds like the VanEck Vectors Egypt Index ETF (EGPT) are strong options.

EGPT seeks to replicate as closely as possible, before fees and expenses, the price and yield performance of the MVISÂ® Egypt Index. The fund will normally invest at least 80% of its total assets in securities that comprise the fund’s benchmark index.

Egypt is one country that ETF investors shouldn’t overlook. The effect of a vaccine rally could also boost its economy, making it a potential recovery play for 2021.

“Regardless of who is in the White House in Washington, the American Chamber of Commerce (AmCham) Egypt continuously communicates with both Democrats and Republicans in the US to promote Egypt-US trade and investment relations, Sherif Kamel, president of AmCham Egypt, recently told a virtual press roundtable,” a Ahram Online article said. “According to Kamel, Egypt is an attractive environment for investors of all nationalities, including US investors. ‘Egypt is a huge and growing market,’ he said, adding that more than 1,300 US companies of all sizes were currently operating in Egypt in various sectors. The size of the trade exchange between the two countries last year was $8.6 billion, the largest in Africa, he added.”

The article also noted that these “opportunities can be further enhanced as the country continues its economic-reform programme, Kamel said. ‘Through Egypt’s reform programme, we have a higher chance of increasing trade exchange with the US, and I hope there will be greater direct investments, especially in non-oil sectors,’ he added.”