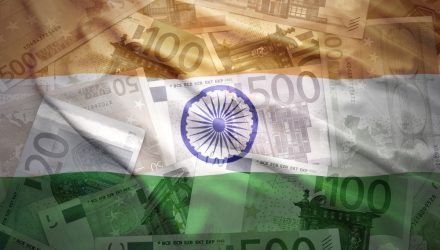 India Could Be Next China in Terms of Growth, Investing Opportunity

In a bygone era of emerging markets investing, one when equities in developing economies seemingly appreciated with ease, China was the leader of those gains. That’s not to say the world’s second-largest economy will sit idle if and when a new era of emerging markets bullishness arrives. Regardless, it could pay for investors to consider other countries, including India.

Asia’s third-largest economy is accessible via a variety of exchange traded funds, including the VanEck India Growth Leaders ETF (GLIN).

GLIN is pertinent in the India investing conversation because it offers investors the obvious benefit of not needing to stock pick in a market in which that task is difficult, but also the perk of being levered to growth. Speaking of growth, India is expected to have plenty of that in the coming years.

“India is expected to surpass Japan and Germany to become the world’s third-largest economy by 2027 and the third-largest stock market by 2030,” noted VanEck associate product manager Sunny Bokhari. “India appears to be on the cusp of a growth trajectory similar to China propelled forward by domestic demand along with digital and manufacturing infrastructure development supported by the Indian government. Based on these tailwinds, by 2031, India’s GDP could surpass $7.5 trillion and its share of global exports could double.”

Interestingly, China could be a catalyst for assets such as GLIN and the Indian economy. More multinational companies that have long been dependent on China as a manufacturing hub are realizing that it makes sense to diversify their supply chains, including reducing China exposure. India is expected to be one of the beneficiaries of the China exodus.

“India is one of the countries likely to benefit from the shift of global supply chains with corporations diversifying their manufacturing facilities out of China or what’s generally referred to as the ‘China Plus One’ strategy. India’s labor costs are one-third of China’s, which could attract investment into the country,” added Bokhari.

GLIN, which follows the MarketGrader India All-Cap Growth Leaders Index and holds 82 stocks, is levered to other emerging themes in the Indian economy, such as increasing domestic consumption, digitization, and more access to traditional financial services. For example, GLIN allocates over a quarter of its weight to the technology, consumer discretionary, and consumer staples sectors.