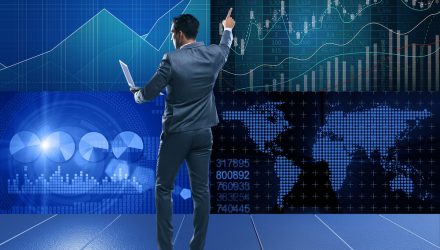 Income Investors Might Want to Consider These EM Bonds

With the Federal Reserve expected to hike interest rates multiple times this year, 2022 could be another tricky year for fixed income investors when it comes to U.S. government debt and other conservative corners of the bond market.

EMLC, which tracks the J.P. Morgan GBI-EM Global Core Index, is coming off a disappointing 2021. Much of the ETF’s rough patch last year is attributable to emerging markets central banks raising interest rates to damp inflation. In other words, central banks in developing economies beat the Fed to the rate-hiking punch, and early returns in 2022 show that those moves are paying off.

“An index of debt issued by developing nations denominated in their own currencies has returned about 1% over the past three months, while a similar gauge of hard currency bonds has tumbled 2.9%, according to data compiled by Bloomberg,” reports Bloomberg. “The outperformance has come amid optimism the proactive central-bank policy was enough to get ahead of inflation, and should mean that further tightening is now less necessary into 2022. Improving economic conditions as the global recovery gets underway are also attracting investors to local debt.”

EMLC, which sports a tempting 30-day SEC yield of 5.61%, is modestly higher to start 2022. That could be the start of something more substantial, as 12 of the 20 largest emerging markets central banks boosted borrowing costs last year, according to Bloomberg.

Latin America was the epicenter of the tightening spree, and that’s relevant to EMLC investors because six countries from that region are represented in the fund. Brazil and Mexico, the region’s two largest economies, combine for 15% of EMLC’s geographic exposure.

“That beefed up rate premiums across the developing world and bolstered the appeal of emerging-market assets. In Brazil, for instance, the central bank has boosted its Selic rate by 725 basis points to 9.25%, while Chilean policy makers have increased their benchmark by 350 basis points to 4%,” reports Bloomberg.

Chilean bonds account for just over 3% of EMLC’s weight. That’s meaningful for investors in the fund because local currency debt issued by the South American country are the best-performing emerging markets issues over the past 90 days.