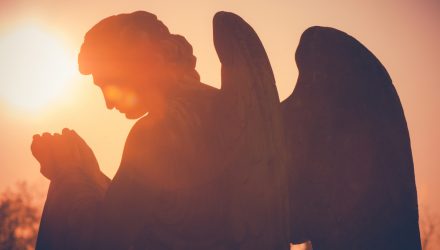 Heading into this year, many bond market observers were concerned about the state of BBB-rated corporate debt and how much of that debt could be downgraded to junk, turning those bonds into fallen angels.

The VanEck Fallen Angel High Yield Bond ETF (NYSEArca: ANGL) is the dominant exchange traded funds providing access to fallen angels, or corporate bonds originally issued with investment-grade ratings that are later downgraded to junk. ANGL tracks the ICE BofAML US Fallen Angel High Yield Index (H0FA), “which is comprised of below investment grade corporate bonds denominated in U.S. dollars, issued in the U.S. domestic market and that were rated investment grade at the time of issuance,” according to VanEck.

While there was not a massive number of corporate bonds that became fallen angels in the first quarter, that number is sure to rise in the next economic, according to Fitch Ratings.

“The volume of U.S. and European non-financial corporate ‘BBB’ category debt transitioning to the ‘BB’ category or below is almost certain to be higher in the next downturn than in past cycles given the higher total amount of debt outstanding today,” said the ratings agency in a recent note. “We expect fallen angel activity to broadly follow past patterns assuming a downturn of similar magnitude and length as those in recent cycles.”

Fitch examined corporate debt rated BBB in the U.S. and Europe noting that when using the “ stressed one-year and three-year transition rates of 5.44% and 11.17%, respectively, observed during the 2008-2010 global financial crisis period, we estimate $105 billion-$215 billion of Fitch-rated ‘BBB’ category debt could migrate to non-investment grade in the event of an imminent downturn.”

ANGL, home to $952.30 million in assets under management, holds 211 bonds, which are domestic issues.