You are at:Home»Tactical Allocation Channel»If Internet Giants Avoid Controversy, XLC Is a Winner 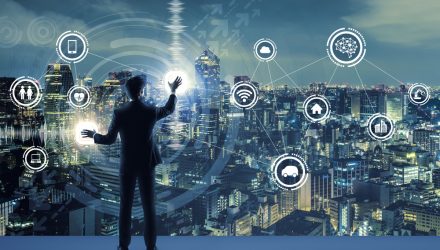 If Internet Giants Avoid Controversy, XLC Is a Winner

The Communication Services Select Sector SPDR Fund (XLC) is weathering some political storms hovering Facebook and Alphabet and the largest ETF dedicated to this sector could be ready to rally in the second half of 2020.

Since the communication services sector is not a new sector (it is a new take on telecommunications), XLC features exposure to traditional telecom companies such as Verizon Communications Inc. (NYSE: VZ) and AT&T Inc. (NYSE: T). However, the fund is heavily allocated to faster-growing companies.

“Facebook returned almost 50% in the April through June period, which was a boon for XLC,” reports InvestorPlace. “This is particularly important because the social media giant is once again the center of political controversy. Politicians aren’t just concerned about the monopoly-esque status enjoyed by Facebook (Alphabet is part of this conversation, too), but also the company’s perceived political leanings.”

While Facebook and Alphabet are the dominant names in XLC, combining for over 45% of the ETF’s roster, Disney and Netflix add to the fund’s possibilities as a coronavirus stay-at home-idea.

Thanks to the likes of Netflix, Amazon.com Inc. (NASDAQ: AMZN), Roku (NYSE: ROKU), and others, the streaming space is becoming increasingly competitive and that competition spotlights the utility of a fund such as XLC, which helps investors avoid stock picking on their own.

“In lieu of a proper streaming entertainment ETF, XLC is an adequate proxy with robust exposure to Netflix (NASDAQ: NFLX), among other streaming stocks. Put simply, Netflix is one of the best-performing S&P 500 stocks this year and shelter-in-place directives are a big reason why that’s the case,” according to InvestorPlace.

Both Netflix and Disney, the latter of which is also a rising streaming player due to Disney +, are the top 10 holdings in XLC.

Investors added nearly $2.1 billion to XLC on a year-to-date basis.