You are at:Home»Tactical Allocation Channel»If Government Spending Rises, Netherlands ETF Could be a Dutch Treat 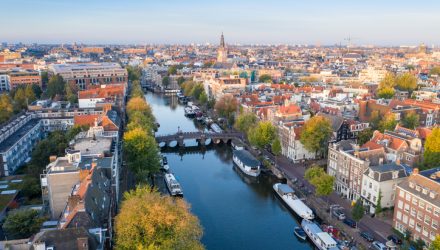 If Government Spending Rises, Netherlands ETF Could be a Dutch Treat

The often-overlooked iShares MSCI Netherlands ETF (NYSEARCA: EWN), the lone ETF dedicated to Dutch stocks, is trading modestly higher this year and remains one of the lower beta bets for conservative investors looking for single-country exposure to Europe.

However, EWN and Dutch equities could get a jolt if policymakers there increase spending. EWN targets the MSCI Netherlands IMI 25/50 Index.

“It is often said but it is not backed up by the numbers, at least not for the Netherlands. In the last couple of years, this has been a government that has been spending tremendously on all sorts of (things) that the government can spend on, from defense to schools, to roads and police and of course, also on climate change,” said Dutch Finance Minister Wopke Hoekstra in an interview with CNBC from the World Economic Forum in Davos, Switzerland.

EWN holds 58 stocks and offers a good mix of cyclical and defensive as the technology and consumer staples sectors combine for 51.40% of the fund’s weight.

Some data points suggest that European equities are under-owned by global investors, but the asset class is certainly inexpensive.

Additionally, Eurozone stocks are attractively valued relative to the U.S. Europe’s equities also look more attractive, with valuations of European and U.S. equities exhibiting their widest divergence since the end of 2016 on certain measures. According to FactSet data, the Stoxx Europe 600 was trading at 14 times forecast earnings, compared to the S&P 500’s 17 times, which represents a wider gap than its long-term average over the past decade.

However, countries such as the Netherlands could do more to bolster their economies.

“Richer, northern European countries like Germany and the Netherlands have been facing increasing calls to boost public spending in order to boost the wider European economy,” according to CNBC.