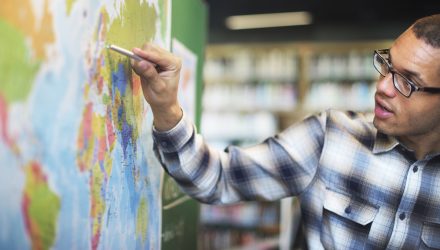 Recently, there has been plenty of chatter about upcoming changes to the MSCI Emerging Markets Index and how those alterations will affect emerging markets exchange traded funds (ETFs). As has been widely noted, MSCI said earlier this year it is working toward significantly increasing the allocations of China A-shares, the stocks trading on mainland China, in its international benchmarks.

FNDE tracks the Russell RAFI Emerging Markets Large Company Index. That index “measures the performance of the large company size segment by fundamental overall company scores, which are created using as the universe the emerging markets companies in the FTSE Global Total Cap Index (the parent index),” according to Schwab.

“This change resulted in a shakeup of the fund’s country composition that was centered around South Korean stocks,” said Morningstar in a recent note. “The outgoing Russell benchmark classified South Korea as an emerging market, while the incoming FTSE index assigns it developed-markets status. At the rebalance, FNDE’s 19% stake in South Korea went to nil, while stocks from other major markets in the emerging-markets sphere, namely China, Russia, and Taiwan, picked up the slack.”

“The transition to a new starting universe and the exclusion of Korean stocks doesn’t change the fund’s ratings,” said Morningstar. “Ultimately, the fund’s fundamental weighting approach is the driver behind our Neutral Process Pillar rating and Analyst Rating of Neutral. This is because fundamental weighting causes the portfolio to overweight risky parts of the emerging-markets universe. Specifically, stocks from the volatile energy and materials sectors make up one third of its holdings. For comparison, stocks from these sectors collectively represent 17% of the cap-weighted FTSE Emerging Index.”

For more on tactical ETFs, visit our Tactical Allocation Channel.