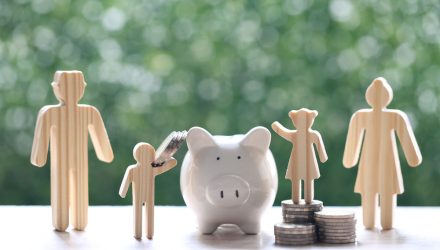 Fixed income investors are increasingly demanding climate-aware solutions, and one of the primary destinations for fulfilling those demands is green bond territory. The VanEck Green Bond ETF (NYSEArca: GRNB) is the leading exchange traded fund for efficient exposure to green bonds, and it could be on the cusp of big things, both over the near- to medium-term and over the long haul.

The long-term thesis for green bonds is attractive because this is still a young corner of the broader bond market, and it has strong growth expectations because the stark reality is that the world’s decarbonization efforts and rising renewable energy adoption are expensive, requiring massive amounts of capital.

“Current estimates of the capital needed to decarbonize the global economy and to achieve net-zero emissions by 2050 offer some eye-watering figures. They range from a high of $9.2 trillion yearly (a McKinsey report) to a low of about $1 trillion annually (according to think tank Carbon Tracker),” wrote John Howell, principal at Greenland Communications.

Longer-ranging forecasts confirm the need for green bonds and that this fixed income segment is likely to continue its ascent in the fixed income space. Estimates for the combined costs of net-zero projects in the coming decades range from $30 trillion to $275 million. Even at the low end of that range, the opportunity set for green bonds is substantial.

“Consider that a BCG report fixes the cost between $100 trillion and $150 trillion. Japan estimates that Asia alone will need $40 trillion to reach net zero by 2050. And Climate Bonds Initiative predicts annual green bond issuance of $5 trillion by 2025 is required to get things moving in the right direction,” added Howell.

GRNB, which turns six years old in March, currently holds 329 bonds and taps into the geographic diversity inherent in the green bond market, as nearly 63% of the bonds in the fund arrive courtesy of ex-U.S. issuers. Investors are compensated for that risk to the tune of a 30-day SEC yield of 5.37%. Still, the U.S. could be a major green bond market catalyst going forward.

“What’s more, the Inflation Reduction Act looks to turbocharge the green bond market in the U.S. The $369 billion act provides tax credits, incentives and other financial support sure to stimulate funding,” concluded Howell.