You are at:Home»Beyond Basic Beta Channel»Goldman Says Bet on This Beaten up Market for a Rebound 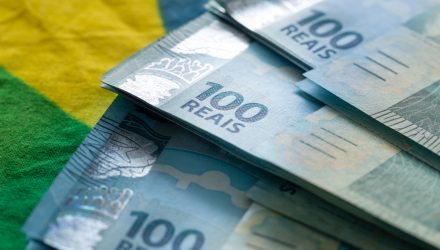 Goldman Says Bet on This Beaten up Market for a Rebound

Brazil is home to Latin America’s largest economy. It’s also home to one of the worst-performing equity markets in the world this year. Just look at the VanEck Vectors Brazil Small-Cap ETF (NYSEArca: BRF), which has lost nearly half its value in 2020. However, Goldman Sachs believes Brazilian stocks are poised to bounce back.

“Down more than 48% this year when measured in dollars, Brazilian stocks will benefit from the growing appetite for risky assets and a recovery in commodities prices during the second half of 2020, strategists led by Kamakshya Trivedi wrote in a report dated May 20,” reports Bloomberg.

Brazilian stocks are historically volatile and the same is true of small caps. That said, BRF is showing some signs of life with a gain of more than 12% over the past week.

As a small-cap fund, BRF is less levered to Brazil’s status as a major commodities producer and more levered to a possible rebound in consumer demand and sentiment.

“Investors have fled from Brazilian stocks and its currency this year as the Covid-19 pandemic battered the economy and worsened the nation’s already-fragile fiscal outlook. Assets have been further undermined by political turbulence and a lack of confidence in President Jair Bolsonaro as he downplays the coronavirus threat even as Brazil becomes the world’s hotspot for new infections,” according to Bloomberg.

BRF, which holds 66 stocks, is highly levered to a recovery in the Brazilian economy, Latin America’s largest. The fund devotes almost 23% of its weight to consumer discretionary names and nearly 20% of its combined weight to materials and technology stocks, all of which are cyclical sectors.