You are at:Home»Beyond Basic Beta Channel»Goldman Sachs: Chance of a Recession is Now Just 10% 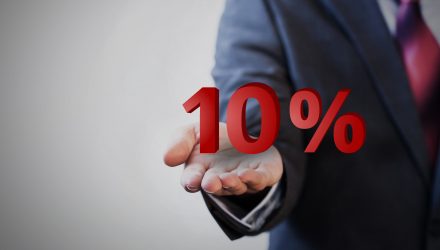 Goldman Sachs: Chance of a Recession is Now Just 10%

Ben Hernandez April 10, 2019
According to Goldman Sachs economists, the chance of a recession has been reduced to 10 percent from 20 percent thanks to deft policy making on behalf of the Federal Reserve.
While the majority of the capital markets are hoping for a U.S.-China trade deal, the other saving grace for the markets to keep the 2019 rally afloat could be the central bank continuing its dovish outlook

“The Fed’s dovish shift was likely designed to decrease downside risks, and our findings suggest that this has largely worked as planned. As the lingering effects of the Q4 tightening gradually fade away, the Fed may eventually be willing to revisit the need for patience, as indicated in the January minutes,” economists noted.

In terms of quantitative tightening, the Fed has been alluding to more flexibility with its holdings of Treasuries and mortgage-backed securities. The central bank has been on a path towards a reduction in assets, which would come prior to the end of 2019.

“Our analysis also suggests that downside risk will likely be contained in the near-term, barring another large tightening in the FCI. In addition to the reversal of much of the Q4 FCI tightening, US growth momentum has improved and global growth appears to be stabilizing,” they wrote.

However, latest minutes from the last Federal Reserve meeting show that the door isn’t completely shut on the idea of raising interest rates.

Have you signed up for the ETF Trends Virtual Summit on Wednesday, April 17? It’s complimentary for financial advisors (earn up to 5 CE Credits)! Register now to learn about fixed income strategies for a changing debt world.