You are at:Home»Beyond Basic Beta Channel»Future of Metals Investing Is in This ETF 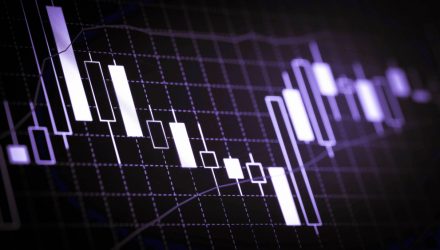 Future of Metals Investing Is in This ETF

Russia’s invasion of Ukraine further highlights the need for global governments to commit capital to renewable energy and clean technologies. It’s expected that spending will soar in the years ahead, creating increasing demand for green metals.

While renewable energy is more environmentally friendly than fossil fuels, the former is more metals-intensive than the latter, underscoring a potentially attractive long runway for growth for GMET member firms.

Adding to the long-term allure of GMET is the fact that as demand for the aforementioned metals increases, some could fall into supply deficits, further lifting prices. For countries looking to meet Paris Climate Accord objectives, minerals, including those produced and mined by GMET components, are a critical part of that objective.

“The data highlights that future technological solutions depend heavily on raw material markets that are comparatively small, raising the risk that minor shortages can cause severe dislocations,” according to Bank of America. “The strategic dependence on quite a few relatively small commodities is a major issue, along [with] the likelihood of potentially exponential demand growth.”

As the bank notes, a standard solar photovoltaic system requires 17 various commodities. Add to that, there’s significantly more copper in an electric vehicle than in an internal combustion engine vehicle.

While the newly minted GMET holds just 48 stocks, that roster is expansive enough to touch an array of corners in the green metals space. Undoubtedly, that’s a favorable trait at a time when prices and demand for so many of these metals are soaring.

“Nickel and cobalt are also at multi-year highs. Aluminum is trading around its highest level on record going back to when the CME began tracking the data in 2014. Copper hit a record in May 2021 based on data going back to 1988. While prices have come down since then, the contract is still trading elevated compared to historical price,” according to CNBC.