You are at:Home»Beyond Basic Beta Channel»Fresh & Green: Inside The First Green Bond ETF 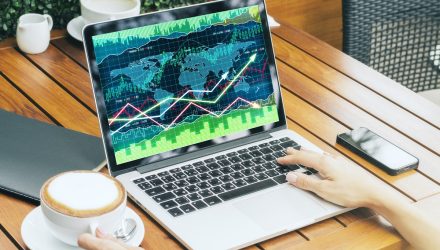 Green bonds are debt securities issued to finance projects that promote climate change mitigation or adaptation or other environmental sustainability purposes. The new breed of green bonds gained momentum in global market ever since the European Investment Bank issued the first green bond in 2007.

GRNB tracks the S&P Green Bond Select Index, which is “comprised of labeled green bonds that are issued to finance environmentally friendly projects, and includes bonds issued by supranational, government, and corporate issuers globally in multiple currencies,” according to VanEck.

“The first quarter of 2019 saw a welcome boost in green bond supply, totaling over $40 billion, which is up approximately 46% versus the same period one year ago,” said VanEck in a recent note. “ North American issuance was up approximately 30%, with green bonds from first time corporate issuers including Verizon and Citigroup as well as repeat issuance from companies such as Duke Energy and MidAmerican Energy.”

While green bond issuance in 2018 was only modestly higher than 2017’s issuance, new green bond issues could rise to $250 billion this year, according to VanEck data.

“U.S. issuers were the largest green bond issuers in 2018. However, this was driven by approximately $20 billion in green mortgage backed security issuance by Fannie Mae, the majority of which are relatively small and not included in major green bond indices,” said VanEck. “Excluding these bonds, Europe dominated developed markets issuance, driven by financial and sovereign issuers, and euro-denominated green bonds were the most widely issued. France and Poland expanded their presence in the green bond market, while Belgium and Ireland made their debuts.”

Green bonds issued by France, Germany, the Netherlands and the U.S. combine for about 45% of GRNB’s geographic exposure. The ETF has an effective duration of 6.48 years.

“Regardless of the speed at which regulators in the U.S. and abroad enact policies aligned with the pathways laid out by climate scientists, we believe that green financing, and the green bond market in particular, are poised for significant growth. In markets in which regulators have provided a favorable environment for green bonds, supply has increased,” according to VanEck.