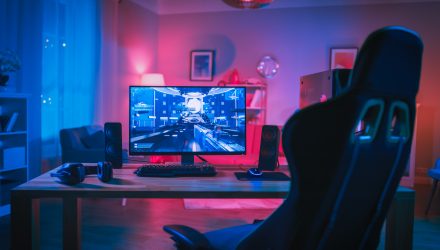 The Fortnite World Cup champion took home a cool $3 million in prize money, making it the largest dollar amount won by an individual at an eSports event. With that kind of capital transferring hands, it’s certainly making the case for investors to become players in eSports via exchange-traded funds (ETF).

Competitive video gaming, or eSports, is positioning itself to become a disruptor in traditional media and entertainment. As such, enter the VanEck Vectors® Video Gaming and eSports ETF (NYSEArca: ESPO), which is up 26.50 percent year-to-date.

The list of companies within the index may include developing video games and related software, streaming services, and/or those involved in eSports events. To be included in the index, companies must generate at least 50% of their revenues from video gaming or eSports, which allows ESPO to have the highest concentration, among U.S.-listed ETFs, of pure play names participating in this fast-growing space.

ESPO will take aim at in industry that is already garnering more interest than traditional sporting events like the MLB and NHL. 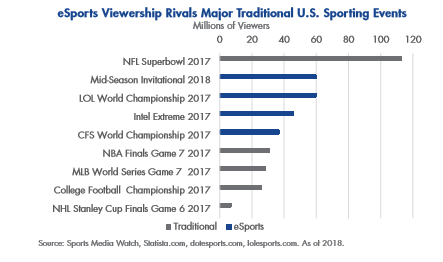 Furthermore, ESPO will tap into an eSports market share that boasts 380 million people globally and has been experiencing exponential growth in just a short span–40% average growth since 2015. Additionally, the growth of eSports has also sparked a gush of revenue, which equates to a 175% growth per person since 2014. 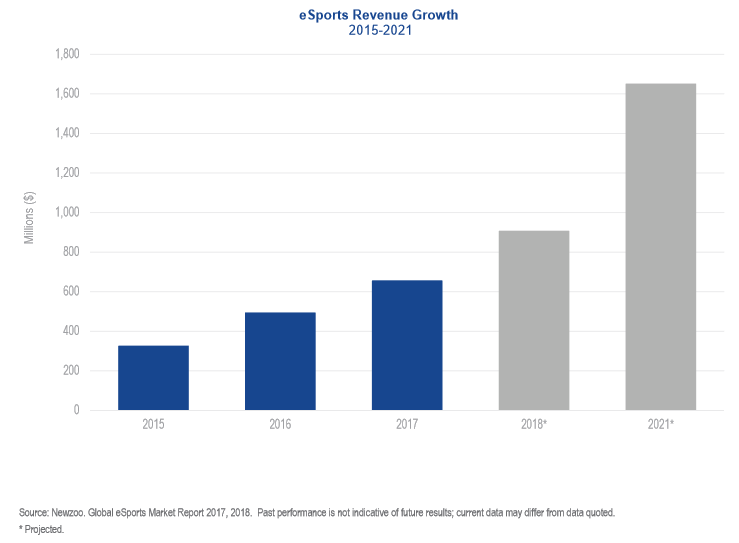 A recent Newzoo Global Games Market Report estimates that the video game market itself is set to generate close to $140 billion in revenue in 2018, an increase of more than 13 percent from 2017. VanEck anticipates that established video game companies are set to benefit the most with the rise of eSports, through partnerships, league ownership, sponsorships, franchising, and other marketing arrangements.

ESPO will look to capitalize on an eSports industry that is dominated by a younger demographic that is willing to open their wallets—43% of eSports enthusiasts have annual household income of over $75,000 and 31% of eSports enthusiasts have an annual household income of over $90,000. Furthermore, by instilling brand loyalty at a young age, these gaming companies have the potential to build long-lasting relationships.

The rise in eSports has provided the necessary funnel for investment capital from not only large companies like Amazon and Alibaba looking to acquire smaller companies that already operate within this nascent space, but also public institutions like colleges that are willing to inject more resources to proliferate the competitive video gaming space.

The rise of eSports is not relegated to the United States, but its presence is far-reaching globally and that is expected to continue as technological enhancements in video gaming continue to add fuel to the proverbial flame. This will only dwarf the size of traditional entertainment moving forward and the numbers are already reflecting that eventual change.

For other new ways to construct an investment portfolio, visit the Portfolio Construction Channel.