You are at:Home»Beyond Basic Beta Channel»Find Natural Monopolies With This Wide Moat ETF 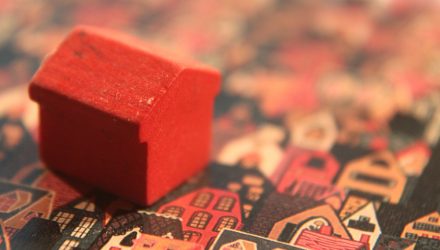 Companies with deep competitive advantages, also known as wide moats, have several factors in their favor, perks that are accessible via the VanEck Vectors Morningstar Wide Moat ETF (CBOE: MOAT).

One of the advantages of wide moat companies, including MOAT components, is what’s known as an efficient scale. The efficient scale is akin to a natural monopoly.

“Companies that benefit from this dynamic typically operate in a market that may only support one or a few competitors, which limits competitive pressures,” said VanEck in a recent note. “Additionally, for efficient scale markets, market entry often requires very high capital costs, which are not justified by the limited profit potential a new competitor might achieve.”

According to Morningstar’s indexing methodology, there are five sources of economic moats: Intangible assets that include brand recognition to charge premium prices. Second, switching costs that make it too expensive to stop using a company’s products. Third, network effects that occur when the value of a company’s service increases as more use the service. Fourth, a cost advantage that helps companies undercut competitors on pricing while earning similar margins. Finally, an efficient scale associated with a competitive advantage in a niche market.

“Efficient scale commonly applies to companies involved in telecommunications, utilities, railroads, pipelines, and airports,” according to VanEck. “For example, while the U.S. does not have publicly traded airports, they are common in other areas of the world. Few cities can support more than one major airport. The financial incentive may not exist to compete with an existing airport because, due to limited demand, reduced market returns may not justify the initial capital necessary to build another airport.”

Interestingly, the efficient scale is rare, even among wide moat companies.

“Though it can be powerful, the efficient scale is one of the least common sources of moat among companies with a ‘wide moat’ rating, or companies with sustainable competitive advantages expected to last 20 years or more, according to Morningstar,” notes VanEck.