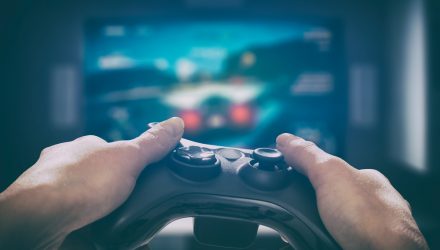 Evaluating ESPO Could Be an Excellent Idea

Video game equities and the related exchange traded funds are, broadly speaking, considered to be growth fare, and as many market participants well know, that’s a negative label in 2022.

With the shelter-in-place COVID-19 play status gone, video game stocks and ETFs, such as the VanEck Video Gaming and eSports ETF (NASDAQ: ESPO), are in need of catalysts. Good news: Some catalysts are materializing for video game stocks, and those could support the case for ESPO upside.

ESPO, which follows the MVIS Global Video Gaming and eSports Index, holds 25 stocks, confirming it can get contributions from a variety of sources. On that note, some analysts believe that upside is brewing for one of the ETF’s marquee components.

Vince Zampella’s increasingly prominent role at Electronic Arts (NASDAQ:EA), which accounts for 5.37% of ESPO’s roster, could be reason to revisit that stock.

He “is responsible for the creation of three multibillion-dollar franchises, including the original Call of Duty and Modern Warfare, both of which are among the most successful games in history. Zampella also made Apex Legends as the head of Respawn, his independent studio that EA wisely acquired in 2017. Earlier this year, EA announced that Apex had surpassed $2 billion in bookings,” reported Tae Kim for Barron’s.

Said another way, Zampella’s track record in the video game industry is something to behold, as the aforementioned titles are among the most successful video game franchises of all time.

“Modern game development is no easy feat, and it’s filled with game makers that don’t achieve repeat success. Executives have to manage hundreds of specialists in the diverse fields of animation, visual art, narrative writing, and programming, while dealing with budgets that are often in excess of $100 million,” according to Barron’s.

Specific to EA, there’s speculation that following a flurry of takeover activity involving various ESPO member firms, the company behind the storied Madden franchise could be the next gaming name to be acquired. Additionally, EA, along with several other members of the ESPO portfolio, trades at compelling valuations.

“EA stock trades at a reasonable 16 times expected earnings for the fiscal year that ends in March 2024. That valuation underappreciates the potential for several years of double-digit growth as EA rides the tailwinds of a robust console cycle and a reinvigorated games pipeline,” added Barron’s.