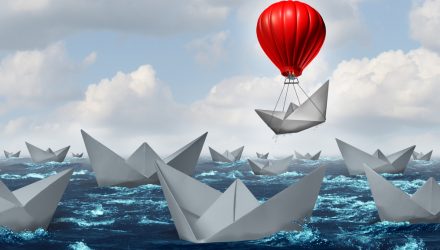 An ETF Strategy That Focuses on Companies’ Competitive Advantage

Exchange traded fund investors who are seeking a way to diversify their investment portfolios can consider a timeless investment philosophy, driven by Morningstar’s forward-looking equity research, focusing on companies with a wide economic moat.

At the end of August, Rakszawski noted that U.S. large-cap companies and, to a greater extent, U.S. tech companies were well overvalued according to Morningstar’s forward-looking rigorous valuation research. On the other hand, Morningstar’s wide moat focus investing philosophy systematically targets attractive valuation opportunities, and the Morningstar Wide Moat Focus Index showed that 10% of its holdings were undervalued as of the end of August 2020, compared to 8% as of the end of 2019.

“Batting average measures outperformance versus a benchmark. In baseball, it represents the percentage of a player’s hits to at-bats. When applied to investing, it indicates how often an investment strategy has outperformed a benchmark. The Morningstar Wide Moat Focus Index has had an impressive batting average against the broad U.S. equity markets, particularly over the long-term,” Lane said.

Lane explained that high profits attract competition, which can diminish future profitability, but economic moats keep competitors at bay and delay economic profit erosion. Competitive advantages, or moats, may potentially allow a company to generate returns on invested capital in excess of its weighted average cost of capital for extended periods. Furthermore, the history of outperformed has come with lower risk, compared to the S&P 500, helping investors enjoy improved long-term risk-adjusted returns.

According to Morningstar’s indexing methodology, there are five sources of economic moats: Intangible assets that include brand recognition to charge premium prices. Second, switching costs that make it too expensive to stop using a company’s products. Third, network effects that occur when the value of a company’s service increases as more use the service. Fourth, a cost advantage that helps companies undercut competitors on pricing while earning similar margins. Finally, an efficient scale associated with a competitive advantage in a niche market.

Financial advisors who are interested in learning more about economic moats can watch the webcast here on demand.