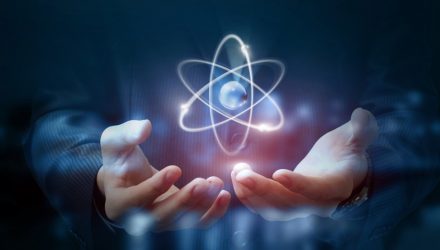 NLA is above its 200-day moving average. Jaffe and Lydon see plenty of reasons for this. Lydon said, “In the face of the growing energy crisis, the world is taking a second look at nuclear power to make up the difference.” Nuclear power fell out of favor after the high profile disaster in Fukushima. But its low emission, high energy output has revived interest. According to Lydon, “We’re trying to compensate for the lack of liquid natural gas and the lack of oil coming out of central Europe.”

With alternative energy such as solar power failing to close the energy gap, some investors are seeing nuclear power as a possible stopgap between fossil fuels and sustainable power. Lydon sees nuclear power as less risky than it used to be. “We’ve got a handle on nuclear power production around the world. It’s a heck of a lot safer today than it was 20 or 30 years ago,” Lydon said.

Nuclear can help satisfy growing energy demand. “If you are looking for lower cost and tax credits for this alternative, there’s a lot of companies that play in that space that are doing well,” commented Lydon. Companies like Duke and Dominion can see profit in nuclear power, especially with rising energy costs. There are also plenty of suppliers in the fund’s index that can provide services and technology to nuclear power plants that also stand to benefit from a pivot to nuclear power.

In the first half of the year, energy was the only sector up. NLR has some overlap with other energy funds, but Lydon sees this as an interesting fund, noting that both Belgium and Germany — which had been phasing out their plants — have reversed course. According to Lydon, “It’s a trend that will be with us for a while, as trends tend to be long-term in nature, there may be an opportunity to diversify your portfolio and make some money.” Lydon also sees the fund as a possible alternative income play as well, given its 2% yield.