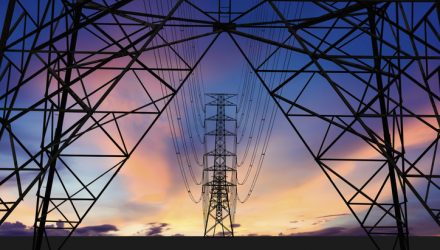 Energy ETFs were among the hardest hit Friday after China revealed its intent to raise tariffs on U.S. goods and particularly singled out crude oil imports.

Crude oil prices and the broader energy market reeled on a gloomier demand outlook after China said it would impose tariffs on $75 billion of additional U.S. products, including crude imports.

“A 5% tariff on crude oil was not expected in my opinion,” Stewart Glickman, energy analyst at CFRA Research, told MarketWatch. The slowdown in the Chinese economy is “bad news for emerging market oil demand, which is where most of incremental demand will come from in 2020.”

West Texas Intermediate crude oil futures declined 2.3% to $54.1 per barrel on Friday. Oil prices have fallen off about 19% from the April peak, and analysts warned that softening demand and a steady supply stream could fuel a global glut, the Wall Street Journal reports.

“Prices are quickly reflecting the deteriorating relations between the U.S. and China and the impact that could continue to have on the global economy,” Matt Smith, director of commodity research at ClipperData, told MarketWatch. “It’s already stretched on for a number of months now and is having a detrimental impact — and this means it’s only going to continue.”

Analysts were growing concerned that the latest escalation in the U.S.-China trade war will further weigh on the global economy and diminish demand for raw materials.  Chinese imports of U.S. oil have already slipped in recent months as the protracted trade spate between the world’s two largest economies extend.

“We don’t need China and, frankly, would be far better off without them,” President Donald Trump said on Twitter, adding that he would respond to the latest Chinese duties.

Related: Energy Plays Could be on Traders’ Radars as China Could Target U.S. Oil

Even before the rising demand side fears, crude inventories in the U.S. and globally have fueled fears of excess supply as several new production sources around the world are expected to bolster output next year.