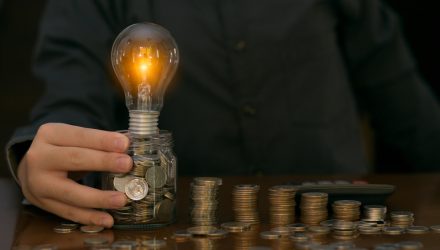 Energy Infrastructure Assets Can Hold Up Against Recession

As has been widely documented, energy is the best-performing sector in the S&P 500 this year, a second consecutive year in which that’s been the case. Energy infrastructure assets, including master limited partnerships (MLPs) and other midstream fare, are getting in on the act.

For example, the VanEck Energy Income ETF (EINC) is higher by 16.44% year-to-date, far outpacing the S&P 500. While past performance is not a guarantee of future returns, firmer balance sheets and reduced project risk could be among the catalysts for 2023 upside for EINC components.

“Working in energy projects’ favor is that much of their debt is fixed-rate complete with long-term off-take agreements. Coupled with investment-grade counterparties and effective O&M programs that enable strong availability, cost volatility will remain limited for energy infrastructure projects,” according to Fitch Ratings.

Still, the challenge for midstream energy assets in 2023 could be how the group deals with a recession — a scenario at which many economists may arrive.

“U.S. energy infrastructure projects will largely be treading water against an increasingly bearish economic environment next year,” noted Fitch. “Fitch holds a neutral sector outlook for North American Energy Infrastructure in 2023 in spite of a slowing economy, with Fitch economists predicting a mild recession next spring.”

Then again, a case can be made that EINC is already establishing a track record of durability against the backdrop of a recession because U.S. GDP contracted for two consecutive quarters earlier this year. That’s the standard definition of a recession.

Integral to the EINC case in 2023 is the point that many midstream energy operators are strengthening their balance sheets and boosting free cash flow. Those factors can offset project risk, particularly in tricky economic environments.

“Volatile energy pricing could also hamper counterparty credit quality amid the sector’s material exposed to utility off-takers and, to a lesser extent, technology companies. Projects without the ability to offset cost increases or absent fixed-cost O&M agreements could face squeezed margins over time. Also of note are Fitch’s sector outlooks for corporate and public utilities, both of which are deteriorating,” added Fitch.

EINC, which follows the MVIS North America Energy Infrastructure Index, holds 29 stocks. The top 10 holdings account for 60.39% of the fund.

The ETF sports a trailing 12-month dividend yield of 2.85%, which is impressive relative to the broader market. Importantly, the payout is supported by MLPs’ increasingly solid cash positions.