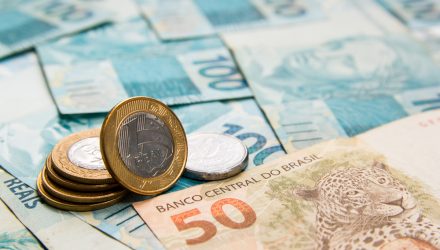 Brazil ETF Could Be Interesting 2023 Idea

The MSCI Emerging Markets Index wrapped another forgettable year in 2022, slumping 22.42% while extending a now-lengthy run of underperformance relative to U.S. stocks.

Interestingly, as was the case with U.S. equities, small-cap stocks in developing economies outpaced large-cap rivals, as highlighted by the MSCI Emerging Markets SmallCap Index losing 19.83%. Risk-tolerant investors looking for developing world small-cap exposure in 2023 may want to consider Brazil by way of the VanEck Brazil Small-Cap ETF (BRF).

BRF lost 18% last year, which is by no means impressive, but that performance is clearly less bad than those of the two aforementioned benchmarks. With electoral risk largely out of the picture in 2023 in Latin America’s economy, BRF could be a winner in 2022.

In local currency terms, Brazilian stocks were among the best performers from major markets in 2022, developed or emerging, and some of the catalysts that drove that status could remain in place in 2023.

“While Brazil’s inflation hit a peak of more than 12% in April, its central bank started an aggressive hiking cycle back in early 2021 that helped slash inflation by half by year end, possibly opening space for rate cuts next year. That, coupled with valuations that are among the cheapest in the world, has helped spur demand for the nation’s stocks even as political uncertainty continues to loom large,” reported Matt Turner for Bloomberg.

As is the case with domestic small-caps, investors fret about valuations with emerging markets equivalents. However, another similarity is at play. Small-caps in the U.S. and developing markets are, broadly speaking, inexpensive to start 2023. That’s true in Brazil, where despite broad-based equity market strength last year, the market remains attractively valued.

“Brazilian stocks remain cheap on a historical basis with a 12-month blended forwards price to earnings ratio of 6.7, compared to a 10-year average of 10.8 times. And swaps are pricing in rate cuts starting in the second quarter of next year,” according to Bloomberg.

Lower interest rates in Brazil could help BRF not only because those lower rates could encourage more consumer spending — the ETF allocates almost 19% of its weight to consumer cyclical stocks — but also because the fund has some exposure to rate-sensitive sectors. For example, the utilities and real estate sectors account for over 18% of the BRF roster. Add to that, market observers remain bullish on Brazil.

Last month, “JPMorgan Chase & Co. strategists led by Emy Shayo said they expect the gauge to finish 2023 near an all-time high of 130,000, in part to China’s economic reopening. That compares with Thursday’s close of 109,734. Meanwhile, Bank of America expects the index to close next year at 135,000,” noted Bloomberg.