You are at:Home»Beyond Basic Beta Channel»Why Biotech ETF is Usually a Summer Winner 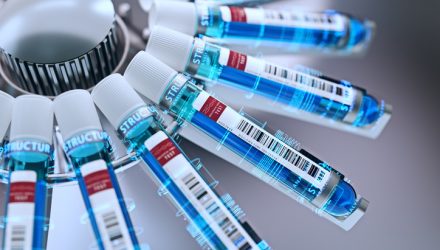 Why Biotech ETF is Usually a Summer Winner

The summer months can be unkind to the broader market, but some sector and industry funds perform well as temperatures heat up. The SPDR S&P Biotech ETF (NYSEArca: XBI), one of the largest biotechnology exchange traded funds (ETFs), has a rich history of delivering summer upside.

XBI “boasts the biggest average summertime return over the last decade, up 7.46% with 80% positive returns,” reports Schaeffer’s Investment Research. “The biotech tracker is down about 11% on a year-over-year basis, but as recently as early April, XBI’s 30% year-to-date advance roughly doubled that of the broader SPDR S&P 500 ETF Trust (SPY). Since then, XBI has pulled back quite a bit, and is now matching SPY with an approximately 13% gain for 2019.”

Adding to the case for biotech investments is that, broadly speaking, valuations in the group currently are not excessive. That is something to consider when noting biotechnology stocks often trade at premiums to the healthcare sector and broader market.

“But what’s troubling about XBI’s chart is the fact that it’s trading below its bearishly crossed 50-day and 200-day moving averages, with the latter trendline acting as resistance since mid-April,” according to Schaeffer’s. “Short interest on the fund is at its highest level since October 2015, which could potentially contribute to a high-velocity rally — but until those formidable moving average hurdles are taken out, it’s hard to consider XBI as a bullish summer play.”