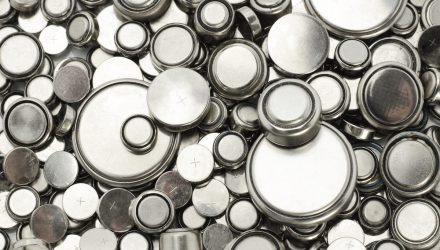 A Big Holding in Lithium ETF is Looking to Boost Output

Albemarle Corp. (NYSE: ALB), the second-largest holding in the Global X Lithium & Battery Tech ETF (NYSEArca: LIT), is looking to increase lithium output in Chile. That could be a sign producers are expecting lithium demand to increase.

“Albemarle Corp said on Thursday it is moving forward on a project it claims will boost its Chilean lithium production by 30 percent without extracting more brine from the environmentally sensitive Salar de Atacama, the world’s driest desert,” reports Reuters. “The company, the world’s largest producer of the white metal used to make electric vehicle batteries, has teased the industry for more than a year that it has production-enhancing technology. The lack of details, though, has irked some investors and Chilean authorities.”

What’s Next for Lithium?

“Charlotte, North Carolina-based Albemarle said on Thursday that commissioning of its La Negra III and IV lithium carbonate facilities in Chile would not happen until at least the fourth quarter due to delays in shipping of equipment,” reports Reuters.

LIT is modestly higher on a year-to-date basis.