You are at:Home»Beyond Basic Beta Channel»Bet on a Weak Dollar With Emerging Markets Bond ETF ‘EMLC’ 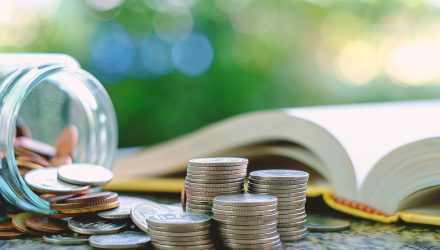 A strong U.S. dollar can be a drag on a variety of asset classes, including emerging markets debt denominated in local currencies.

A stronger dollar usually means other currencies are weakening. In emerging markets, that scenario can lead to higher external financing pressures. The VanEck Vectors Emerging Markets Local Currency Bond ETF (NYSEArca: EMLC), which holds bonds denominated in local currencies, suffered through the strong dollar scenario last year, but could be poised to rebound in 2019 if the dollar weakens.

EMLC is higher by nearly 4% this year and the fund could continue benefiting from several factors, including the weaker dollar.

“The dollar has stalled near 17-year highs on a trade-weighted basis,” reports Craig Mellow for Barron’s. “At the same time, inflation is dropping in many places. That positions central banks to cut rates, after having hiked them to defend their currencies. And lower rates are music to investors’ ears, since bond prices rise when rates fall.”

This year, EMLC is being helped by its exposure to Latin America and Indonesia. Indonesia’s rupiah is one of the best-performing emerging markets currencies to start the new year. Brazil, Mexico and Indonesia combine for about 29% of EMLC’s geographic exposure. Mexico and South Africa are potential wild cards for EMLC because both countries are at risk of seeing sovereign credit downgrades, which could take their ratings to junk status.

Mexico has been raising interest rates and may continue doing so. Several other countries featured in EMLC boosted rates late last year, but some signs indicate that many emerging markets are done raising rates and some could be poised to cut rates in the months ahead.

“Economic growth is slowing, but not stalled, commodities prices are relatively low, but at an agreeable mean for sellers and buyers, and Washington’s trade rhetoric is softening,” according to Barron’s.