You are at:Home»Beyond Basic Beta Channel»Believe it or Not, Some Big-Name Chip Stocks Are Underowned 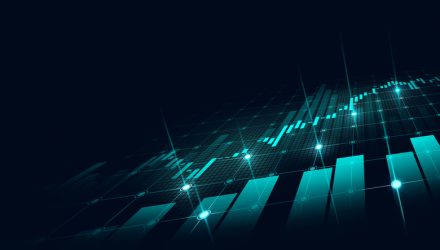 Believe it or Not, Some Big-Name Chip Stocks Are Underowned

Semiconductor stocks and ETFs are soaring this year. For example, the popular VanEck Vectors Semiconductor ETF (SMH) is higher by 52.50%. That would seem to imply that plenty of investors are engaged with well-known chip stocks, but data suggest otherwise.

Semiconductor equities and ETFs have exhibited high sensitivity to the trade war because China is a strong driver for the chip-making sector, which includes several fast areas of growth including gaming and artificial intelligence. If the trade war is renewed, the barriers will raise costs for many of these multi-national companies.

“Bank of America says several major semiconductor companies are under-owned by funds, creating an ‘attractive opportunity,’” according to Seeking Alpha.

Integral to that thesis is repairing the damaged US/China trade relationship. Previously, President Trump said that the U.S. will eliminate any attachments with Chinese multinational technology company Huawei. The decision to block Huawei was arrived at after China stemmed from buying American agricultural products in retaliation for the president’s unexpected tariffs threat last week. China also permitted its currency to depreciate against the dollar to a key level unseen since 2008, likely in an effort to make Chinese exports cheaper and outperform U.S. products.

Alone, that stock accounts for more than 5% of SMH’s weight.

“Nvidia stock has been on a torrid pace in the fourth quarter, surging 30.68%, issuing a fair amount of regret to third-quarter sellers of the name, including a certain former vice president,” reports InvestorPlace. “With Wall Street turning increasingly bullish on Nvidia stock, near-term regret could come in the form of assuming the stock has already run up too much or that it’s too expensive compared to other chip stocks.”

Some other SMH holdings are under-owned by pros, too.

“BofA also sees Synopsys (SNPS) as ‘particularly attractive’ since the company is “under-owned and underweight” by funds,” according to Seeking Alpha. “KLA also makes the list with only 11.6% fund ownership.”