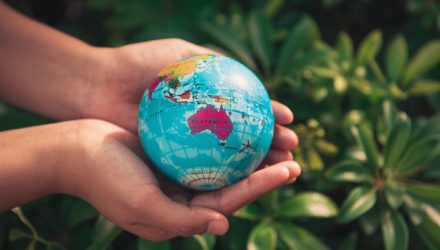 Up more than 17% year-to-date, the iShares MSCI Australia ETF (NYSEArca: EWA) is one of the best-performing single-country exchange traded funds tracking a developed market outside the U.S.

Thanks to comparatively high interest rates, Australia ETFs like EWA sport enticing dividend yields, which can help investors generate current income while expanding the international portions of their portfolios. EWA has a trailing 12-month dividend yield of 5.11%, or more than double the comparable yield on the S&P 500.

All of that sounds nice and it is, but some market observers have differing opinions regarding the ability of Australian stocks to continue running higher this year.

“Analysts are divided on where Australian stocks will go after this year’s epic rally. Citigroup Inc. and Morgan Stanley Wealth Management gave more reasons for bulls to cheer, while Goldman Sachs Group Inc. said it’s looking elsewhere for gain,” according to Bloomberg.

The $1.43 billion EWA tracks the MSCI Australia Index and holds 69 stocks. The fund allocates 37.37% of its weight to the financial services sector, more than double its second-largest sector weight, which is materials.

“The nation’s benchmark S&P/ASX 200 Index has surged 18% so far in 2019, and Citi doesn’t see it slowing down. Expectations for Australian interest rates to decline over the next 12 months are likely to drive the nation’s benchmark S&P/ASX 200 Index to a record high next year, analysts led by Tony Brennan wrote in a June 19 note,” reports Bloomberg.

Australia’s economic growth is expected to be solid and above the average rate forecast for other AAA-rated countries.

“Morgan Stanley is also feeling positive. Analysts raised Australia’s equity market to mildly overweight from underweight on the nation’s ability to weather a global economic slowdown,” according to Bloomberg.

Still, Australian stocks have some naysayers, including Goldman Sachs, which recently downgraded stocks there to underweight.

“Goldman Sachs doesn’t agree. Even with Australian equities’ strong showing this year, several warning signs led Goldman ‘to favor fading this outperformance in favor of the north Asian markets,’ analysts led by Timothy Moe wrote in a June 25 report,” according to Bloomberg.