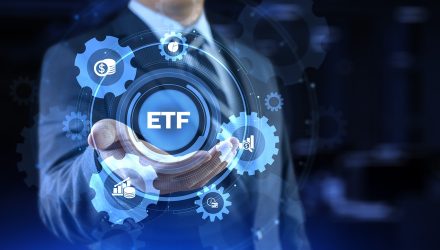 An ETF Strategy Focused on Companies With Wide Moats

In the recent webcast, How to Stabilize Your Core Portfolio, Brandon Rakszawski, product manager at VanEck, and Andrew Lane, strategist at Morningstar Indexes, argued that in the face of ongoing market turbulence, sound companies with a sustainable competitive advantage and attractive valuations can provide investors with core stability.

“A smart approach to U.S. equity investing based on a simple concept of investing in companies with sustainable competitive advantages that are trading at attractive valuations,” according to VanEck.

The strategists also highlighted the defensive capabilities of the wide economic moat strategy. For example, during the 2008 financial crisis, the S&P 500 suffered a max drawdown of 37.0%, whereas the Morningstar Wide Moat Focused Index declined 19.8%.

“Morningstar Wide Moat Focus IndexSM has outperformed the broad market, on average, in the one- and three-year periods following months in which the S&P 500 Index posted a negative return, more so following larger market drawdown months,” according to VanEck.

The focus on attractive valuations has also provided long-term outperformance. Specifically, looking at the past 15-year period, the S&P 500 showed an average annualized return of 9.41%, compared to the Morningstar Wide Moat Focused Index’s 12.66% return.

Morningstar’s moat investment philosophy focuses on companies that create economic moats that can defend against competition and prevent or delay profit erosion. Competitive advantages, or moats, allow a company to generate returns on invested capital (ROIC) in excess of its weighted average cost of capital (WACC) for extended periods. The economic moat rating system can identify a company’s competitive advantage and estimates how long a company can sustain that advantage. According to Morningstar, a company’s ROIC will ultimately converge with its WACC over time. However, companies with the widest moats have the potential to sustain value creation for longer periods.

According to Morningstar’s indexing methodology, there are five sources of economic moats:

Financial advisors who are interested in learning more about the wide economic moat strategy can watch the webcast here on demand.