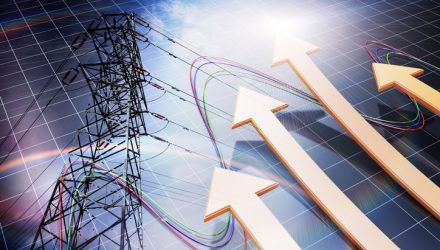 The energy sector is struggling this year. In fact, it’s the worst-performing group in the S&P 500, but there are pockets of opportunity within the group, including the VanEck Vectors Oil Refiners ETF (NYSEArca: CRAK).

CRAK tracks the MVIS Global Oil Refiners Index. That index “is a rules-based, modified capitalization-weighted index intended to give investors a means of tracking the overall performance of companies involved in crude oil refining which may include: gasoline, diesel, jet fuel, fuel oil, naphtha, and other petrochemicals,” according to VanEck.

Refiners have steadied and have been outperforming the broader energy sector in recent weeks, prompting some analysts to get bullish on the space.

Those three stocks combine for about 22% of CRAK’s weight.

CRAK and refiner equities don’t necessarily need oil prices to rally; they need demand and price stability. The U.S. refining sub-sector has been one of the most profitable sectors in the U.S. economy over the past five years.

“For one thing, refiners tend to do well at the end and the beginning of the year, with a positive average performance in five of the six months between October and March in the past 15 years,” according to Barron’s. “Mehta expects new U.N. regulations known as IMO 2020 that lower the maximum sulfur content of shipping fuel to 0.5% from 3.5% will boost refiners as well. The rules go into effect on Jan. 1.”

Refiners have been boosting buybacks and dividends in recent years, trends that are expected to continue going forward.

Related: Refiners ETF Could be Rejuvenated

“Mehta thinks that each company also has ancillary businesses that could help its earnings. Marathon—his favorite stock in the group—owns a chain of gas stations that should ‘perform well in a long-term $60 per barrel Brent crude price environment,’”he says, reports Barron’s.