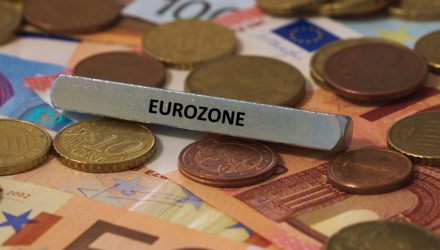 The iShares MSCI EMU ETF (CBOE: EZU), which focuses on Eurozone economies, has been a solid performer this year and while it and other Europe exchange traded funds are lagging U.S. large-cap stocks, there are some reasons to consider revisiting EZU.

Importantly, financial conditions in the Eurzone are improving and that could pave the way for the European Central Bank (ECB) to consider more monetary stimulus.

“The ECB is likely to announce new stimulus in the coming months in an effort to lift stubbornly low inflation,” said BlackRock in a recent note. “The package we expect is not yet fully reflected in markets, in our view, and should help further ease financial conditions and support European assets.”

“The decisively dovish shift by central banks should make for a relatively benign environment for risk assets in the near term,” said BlackRock. “China’s growth looks to stabilize as policymakers stand ready with additional fiscal stimulus, easing concerns about a potential drag on the European economy.”

Up 16% this year, EZU holds nearly 250 stocks, over 62% of which hail from France and Germany, making EZU an export story.

“The easing we expect the ECB to deliver is not yet fully reflected in markets, we believe. This has prompted us to upgrade European government bonds to overweight and close our underweight in equities and credit,” according to BlackRock.

Data suggest it could be time for European funds like EZU to stop lagging their U.S. counterparts.

“European equity funds have seen the longest stretch of outflows in 10 years, according to EPFR data, meaning many investors are under-invested in the region,” notes BlackRock. “Earnings expectations have largely priced in risks of slower growth, and we see potential for an earnings rebound next year.”