You are at:Home»Investing»Survey Says Fixed-Income Exposure Dropped to 10-Year Low in October 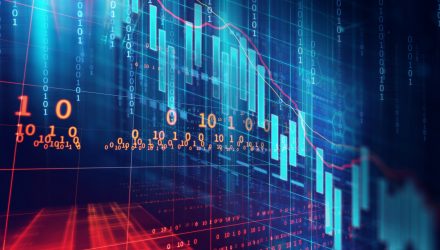 October 2018 has been one to forget for U.S. equities, but in a survey by the American Association of Individual Investors, it wasn’t much better for bonds as exposure to fixed-income dropped to a 10-year low, reflecting the lockstep move both asset classes made during that month of extreme volatility.

The Nasdaq Composite fell by 9.2% in October, making it its second largest decline since it fell 10.8% back in November 2008. Things weren’t much better for the S&P 500, which followed the Nasdaq into correction territory and fell by 7% in October–its worst month since September 2011.

The Dow Jones Industrial Average fell 1,300 points or 5%, which hasn’t happened since January 2016. Investors have been spooked by copious amounts of volatility after a decade-long bull run that has seen the growth fueled by FANG (Facebook, Amazon Netflix, Google) stocks dwindle as the technology sector fell into correction territory.

No Immunity for Fixed-Income

In the pie chart below, fixed-income assets, represented by bonds and their associated funds, were not immune to the October volatility:

According to the AAII, bond allocations have a historical average of 16% and with a combined 13.3% allocation for bonds and bond funds in October, it marked the 11th consecutive time allocations in these asset classes were under the average.