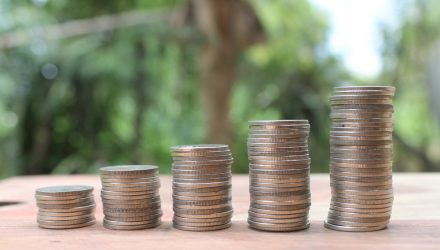 “There is tremendous demand for the product, which is hot, just like green bonds are hot,” Ben De Forton, head of debt capital markets SSA France at BNP Paribas, told Reuters.

The $4.4 trillion market for inflation-linked bonds, or so-called linkers, have gained wider popularity as prices spike in a world of supply chain problems and copious government spending. Many have turned to linkers such as TIPS in face of consumer price growth running at 7%.

The only difference now is that linkers are beginning to test their mettle in a period of surging inflation, since U.S. Treasury Inflation Protected Securities did not come out until 1997, or long after the last major inflation spike in the 1970s.

“This inflation volatility is driving a real change in volumes and has become a focus in rates for the first time since 2008,” Charles Bristow, global head of rates trading at JPMorgan, told Reuters.

Globally, the linker market has about doubled in size from its $2.4 trillion market a decade ago. However, supply remains sparse, which, along with inflation concerns, has contributed to heightened volatility. For instance, average daily volume on TIPS hit $22 billion last year, the highest level on record, according to the Securities Industry and Financial Markets Association.

“I’ve been doing this for about 12 years and I’ve always been quite bearish on inflation and for the first time now, we can see a fairly bullish inflation picture globally,” Su Liu, a managing director in rates trading at Citibank, told Reuters. “The day is a lot more volatile, a lot busier.”

Meanwhile, inflation-sensitive exchange traded products enjoyed record inflows of over $47 billion last year, or the cumulative inflow for all of 2015 through 2020, according to BlackRock.