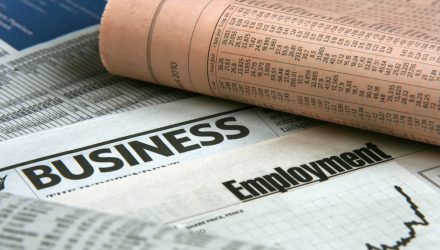 “The labor market is really strong. Why is this data not being celebrated more? It’s just the fact that inflation swamps everything,” Michael Antonelli, managing director and market strategist at Baird, told the WSJ.

Bond investors have been particularly watching wage growth due to its effects on overall inflation. The March data revealed that wages are still rising at a rapid pace, returning to trend after being nearly flat over the previous data release.

“Overall, this is an extremely consensus payrolls report that will keep the Fed on track” to raise rates by half a percentage point at its May meeting, Ian Lyngen, head of U.S. rates strategy at BMO Capital Markets, wrote in a note to clients, according to the Wall Street Journal.

A closely watched part of the yield curve also reinverted, following the strong jobs report. The yield curve between two-year and 10-year notes inverted for the third time this week.

“The market is reading it as things are quite tight and the Fed has to tighten rather soon and rather quickly,” Gennadiy Goldberg, an interest rate strategist at TD Securities, told Reuters.