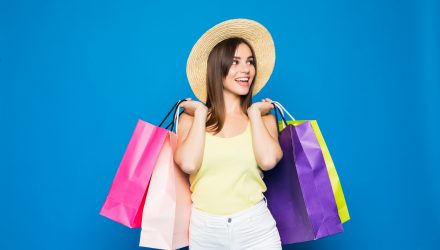 Strong U.S. employment, with unemployment rates at their lowest level in almost half a century, has bolstered wages. Annual wage growth recorded its biggest increase in nine-and-a-half years in October.

“Solid job growth and wage increases are the main sources of support for consumer spending and so far, so good,” Jennifer Lee, a senior economist at BMO Capital Markets, told Reuters.

Nevertheless, retailers and consumer discretionary stocks are weakening in a potential sign that larger concerns over growth and volatility, notably anxiety over the trade war between the U.S. and China, are reaching other areas of the market. Some investors are hoping for updates on trade policy with China to provide more clarity over growth prospects, the Wall Street Journal reports.

“Some conviction that the 25% tariffs don’t hit in January, that’s probably the biggest news that’s going to move the market in the next few weeks,” Jim Tierney, chief investment officer of concentrated U.S. growth at AllianceBernstein, told the WSJ.