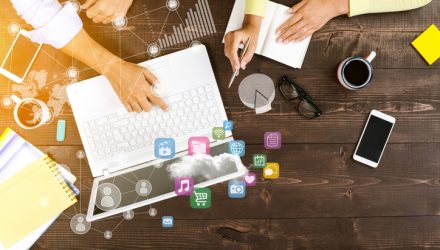 After-tax performance didn’t look good either. Over the last 10 years, the average TAA had an after-tax return of 2.36% — a last place finish, again, among the four other categories.

Perhaps most importantly are the pre-tax investor returns, which take into account shareholder flows in and out of funds in an attempt to capture the true investor experience. Again, not good.

To cut the numbers one more way and determine the difference between a fund’s return and an investor’s return — the “behavior gap” — we can see which funds have the most slippage in terms of investor behavior. The larger the number, the worse the gap.

It could be argued TAA funds would struggle for flows in any bull market, and I think that’s a fair point. But, the “U.S. Fund Allocation – 30% to 50% Equity” peer group is even more conservative, and that has held up better (though not over the last year). On a ratio basis — flows divided by assets under management (AUM) — the flows for TAA are strong, especially in the 3- and 5-year time frames. So, while the fees are higher for TAA funds, they don’t offset the fact that overall AUM is lower and much more volatile. In my experience, more service is required for TAA funds. More upfront education and more “hand-holding” via service and commentary are required, and there is still a higher shareholder turnover rate.

In addition, while strategic portfolios can represent an entire portfolio, TAA funds are generally not considered core holdings as they are better suited to be satellites or complements to core strategic holdings. When they are used as satellite positions, they often work best in combination with other TAA strategies. For example, a common amount that some investors, including CLS, use to allocate to tactical approaches is 30%.

So, why would an investor use a TAA fund when the numbers seem so against them? There are still a few good and valid reasons. First, investing is a very human enterprise, and emotions, such as fear, are often involved in decision-making. For many investors, a tactical approach is the only way they can get comfortable investing in the markets at all. The ultimate goal for investing is to at least “beat the bank” and not the market, so if using a tactical approach works for some investors, then it works.

There is another reason to use tactical approaches: sequence of returns. Stock markets don’t provide steady rates of return. Instead, returns are lumpy. Some years the market might be up big, other years it might be down big. Timing of the bad years can have a meaningful impact on some investors, particularly those nearing retirement and starting to draw income off the portfolios. A big loss in the year before retirement, for instance, can have a significant impact on a portfolio’s withdrawal rate and the portfolio’s chance of long-term survival. While an argument can be made for steadily reducing equity exposure in the years leading to retirement, it may also make sense to use a tactical approach in those years.

In general, I would argue for a strategic allocation approach. But, I fully recognize that adding a tactical approach might be required to keep many investors involved, invested (not sitting in cash), and participating in the economy’s and market’s long-term and resilient growth.

This information is prepared for general information only.  Information contained herein is derived from sources we believe to be reliable, however, we do not represent that this information is complete or accurate and it should not be relied upon as such.  All opinions expressed herein are subject to change without notice. The graphs and charts contained in this work are for informational purposes only.  No graph or chart should be regarded as a guide to investing.