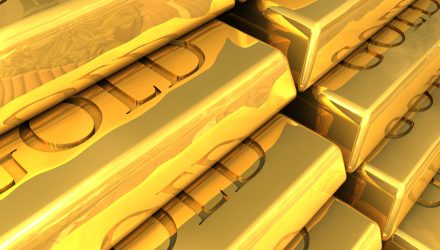 A Sticky Situation for Gold Bears

As gold and the related exchange traded products struggled for much of the first nine months of 2018, eager short sellers piled in, establishing extreme levels of bearish positioning in the yellow metal.

However, the SPDR Gold Shares (NYSEArca: GLD), the world’s largest physically-backed gold ETF, is up more than 3% over the past week, a rally that is seen chasing some gold bears.

“Last week, the fund broke out above recent congestion in the $114.50-$115 region, and is now trading north of $115, a region that roughly coincides with GLD’s 80-day moving average and a 23.6% Fibonacci retracement of its plunge from April highs near $129.50 to August lows around $111,” according to Schaeffer’s Investment Research.

September market the sixth consecutive month of losses for gold and some technical analysts believe the yellow metal needs to steady above the $1,200 to $1,210 per ounce area to encourage short covering, which stoke a swift rally.

A Look At Gold Miners, Too

Gold miners and the corresponding ETFs are participating in bullion’s recent bounce. Over the past week, the VanEck Vectors Gold Miners ETF (NYSEArca: GDX), the largest exchange traded fund dedicated to gold mining stocks, is up more than 7%.