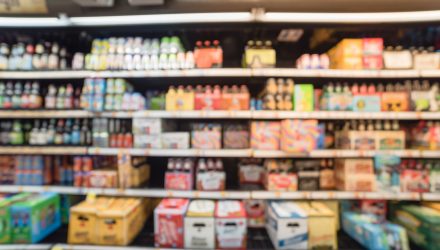 Nearly halfway through 2018, it is fair to say the consume staples sector is disappointing. The Consumer Staples Select SPDR (NYSEArca: XLP), the largest exchange traded fund dedicated to the sector, is off about 10% year-to-date, underscoring the point that consumer staples is one of the worst-performing groups in the S&P 500 this year.

XLP devotes more than half its weight to beverage makers and food and staples retailers. Tobacco companies, which have recently seen their shares tumble, account for almost 12% of XLP’s roster. In better news, the sector has recently shown signs of potentially rebounding. XLP is up more than 3% this month.

“But the group has recently been showing signs of life, bouncing 3 percent in June and one chart watcher sees two names that could lead the group higher,” reports CNBC.

XLP and other staples ETFs have some work to do before regaining investors’ confidence. For its part, XLP resides 5% below its 200-day moving average and 13% below its 52-week high. Costco (NASDAQ:COST) could be a source of strength for the downtrodden sector.

“Costco shares hit a higher low in early June, roughly 2.6 percent above the previous low made in early May. The stock hit its highest level on record in intraday trading Wednesday,” according to CNBC.