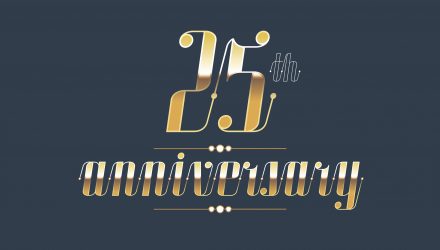 On the day it celebrated its 25th anniversary, the SPDR S&P 500 ETF (NYSEArca: SPY), the world’s largest ETF, celebrated another milestone. As of Jan. 22nd, SPY topped $300 billion in assets under management, becoming the first ETF to do so.

SPY’s inception date is Jan. 22, 1993 and the ETF officially debuted on the American Stock Exchange on Jan. 29, 1993. Over the years, SPY has become the market’s go-to investment vehicle for both core and tactical exposure, especially among large institutional traders who want to quickly and efficiently go in and out of the market – SPY is the only ETF traded with a bid-ask spread of just a penny for more than 12 consecutive years.

“With an average daily trading volume of nearly $16 billion, SPY is the most heavily traded ETF and equity security in the world,” according to State Street Global Advisors (SSgA).

Said another way, SPY trades 3.5 times more than Apple Inc. (NASDAQ:AAPL), the largest U.S. company by market value. Apple is SPY’s largest holding. Additionally, SPY trades as much as the next 18 largest ETFs combined, according to SSgA data.

“Not only does SPY allow investors to get in and out of the market with ease, it also enables them to do so at a low cost,” said SSgA. “Higher liquidity means tighter spreads between the bid and ask price of the SPY ETF, which translates into reduced trading costs for investors.”