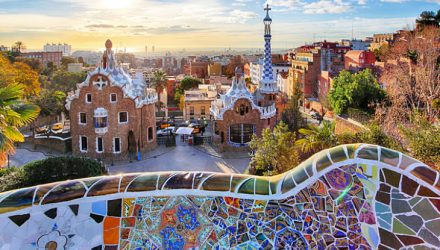 The iShares MSCI Spain Capped ETF (NYSEArca: EWP), the largest exchange traded fund tracking stocks in the Eurozone’s fourth-largest economy, is up nearly 26% year-to-date, making it one of the best-performing single-country ETFs tracking a developed market.

EWP’s 2017 ascent is no fluke. Economic data support upside for Spanish stocks. Eurozone economies are expected to enjoy earnings growth in the year ahead from cyclical sectors that benefit from improved global growth and a weakening euro currency. Europe will likely benefit from increased trade as the U.S. led bout of reflation helps bolster stronger growth outlooks globally.

“The PMI surveys for Spain showed private sector output rising sharply again in May. The rate of expansion was little-changed from April’s 20-month high. The manufacturing sector performed particularly strongly, with production rising at the joint-fastest pace since the start of 2016,” according to Markit. “Should June’s PMI data show a continuation of these growth rates, there will be an upside risk to the current IHS Markit forecast of a 0.6% rise in GDP during the second quarter. Historical comparisons of the PMI with GDP suggest the surveys are currently indicative of a growth rate approaching 1%.”

Investors can also consider the factor-based SPDR MSCI Spain Quality Mix ETF (NYSEArca: QESP) as an alternative to the cap-weighted EWP. The quality factor “captures excess returns to stocks that are characterized by low debt, stable earnings growth and other ‘quality’ metrics,” according to MSCI.