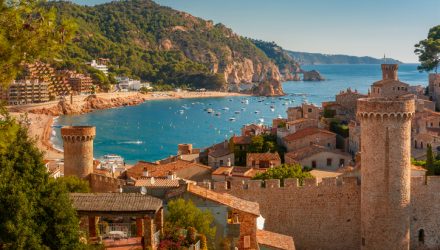 “The conflict over Catalonia’s independence from Spain heated up this week,” said BlackRock. “The Spanish government took steps to remove the Catalan government and organize regional elections within six months, while separatist leaders in Catalonia called for peaceful protests against Madrid’s implementation of direct rule.”

European leaders have said they will not recognize an independent Catalonia and that they support Spain in this matter.

Investors willing to bet that the euro will fall and that Spanish stocks will rebound following the Catalonia-related volatility can consider the iShares Currency Hedged MSCI Spain ETF (NYSEArca: HEWP), which hedges the dollar against the euro.