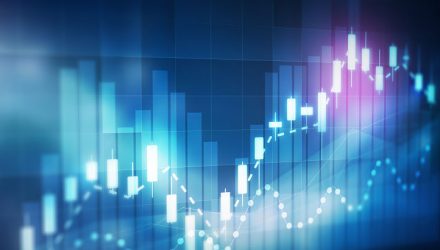 S&P Dow Jones Indices, one of the largest providers of indexes for use by issuers of exchange traded funds, said Monday it will no longer allow companies with multiple share classes to be part of the S&P Composite 1500. That means such companies, including social media firm Snap Inc. (NYSE: SNAP), will not be eligible to join major S&P benchmarks, including the S&P 500.

“Companies with multiple share class structures tend to have corporate governance structures that treat different shareholder classes unequally with respect to voting rights and other governance issues,” said the index provider. “Therefore, S&P DJI’s U.S. Index Committee will no longer consider these company structure types as future replacement candidates for the S&P Composite 1500 and its component indices, including the S&P 500.”

Multiple share classes are often used by companies where the founders and high-ranking executives are looking to maintain tight control over voting rights. The tactic, which has been widely criticized, has become increasingly popular in recent in Silicon Valley. However, S&P’s new announcement does not pertain to companies such as Google parent Alphabet Inc. (NASDAQ: GOOG), which have more than one share class. Existing members of the S&P 500 with multiple share classes, including Alphabet, will be “grandfathered in,” according to S&P.

Unlike the S&P Global BMI Indices and S&P Total Market Index, the S&P Composite 1500 follows more restrictive eligibility rules including a minimum float of 50% and positive earnings as measured by GAAP,” according to S&P. “In light of the Index Committee’s review of the S&P U.S. Indices Methodology and the aforementioned consultation, a methodology change to make companies with multiple share class structures ineligible for inclusion in the S&P Composite 1500 is effective immediately. Existing S&P Composite 1500 index constituents are grandfathered in and are not affected by this change.”

The S&P announcement also pertains the S&P MidCap 400 and the S&P SmallCap Index, meaning Snap will miss out on well-known ETFs such as the iShares Core S&P Mid-Cap ETF (NYSEArca: IJH) and the SPDR Mid-Cap 400 (NYSEArca: MDY), as well.

Tom Lydon’s clients own shares of Alphabet and SPY.