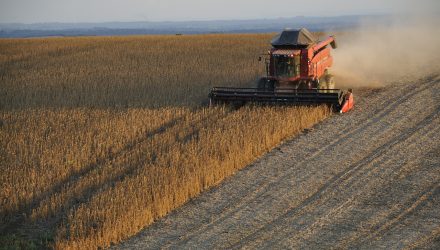 Soybean futures and commodity-related ETF retreated Thursday as traders hoped for more deals after the U.S. resumed delivery to China in the wake of renewed trade talks between the two countries.

According to the U.S. Agriculture Department, private exporters sold 1.13 million tonnes of U.S. soy to China, the world’s top soybean importer, marking the first significant U.S. soybean purchase in over six months after a trade truce was reached on December 1, Reuters reports.

U.S. President Donald Trump and China’s President Xi Jinping agreed to a 90-day ceasefire on the trade war that gripped global markets this year, marking the first steps in negotiating a trade deal after meeting at the Group of 20 summit in Buenos Aires.

While Trump told Reuters that China was buying a “tremendous amount” of U.S. soy, it remained unclear how many soybeans China would acquire as tariffs remain in place without a concrete trade deal in place and a record Brazilian crop near harvest.