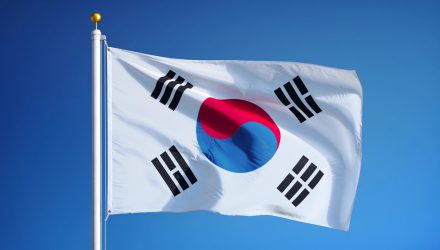 Investors may find many exchange traded funds that track similar themes or markets, but no two ETFs are alike, so it is important to do your own due diligence and look more closely into any fund before investing.

South Korea ranks alongside countries such as Colombia, Egypt, and the Philippines, but the placement seems out of sorts, since South Korea is home to the world’s 10th-largest economy, a $2.3 trillion stock market, and high-tech heavyweights such as Samsung Electronics Co., the Wall Street Journal reports.

The topic has come to light ahead of next month’s presidential elections as Lee Jae-myung, the candidate for the ruling left-leaning Democratic Party, argued that the change could help remove the “Korea discount,” or the phenomenon where the country’s stocks are trading at lower valuations than those on other exchanges.

However, an upgrade relies solely on MSCI’s discretion, which is based on the company’s ranking of how accessible South Korea’s market is. The country would have to provide more open foreign exchange trading — South Korea has been burned by the Asian financial crisis and has since tightly controlled its currency market.

If successful, South Korea would be the first country to be upgraded to developed market status from MSCI since Israel was elevated in 2010, and South Korean stocks would join the widely followed 23-market MSCI World Index.

“After experiencing 1997, the stability of our currency has been a top priority,” Dong-ick Kim, director of the international finance division at South Korea’s economy and finance ministry, said. “It hasn’t been an easy problem to tackle, but we are now confident that we have the policy tools to upgrade market structures akin to a developed market.”

Additionally, if South Korea is upgraded to developed market status by MSCI Inc., the change could help the country attract $44 billion in foreign capital alone, according to Goldman Sachs analysts.