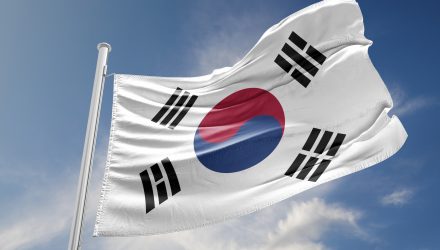 Amid heightened geopolitical tensions, the iShares MSCI South Korea Capped ETF (NYSEArca: EWY) is lower by more than 7% over the past month. That is a rough performance for the largest South Korea exchange traded fund and the fund experienced losses even after President Trump recently met with North Korean leader Kim Jong Un.

EWY’s recent declines have taken the benchmark South Korea ETF more than 7.5% below its 200-day moving average and nearly 15% below its 52-week high. However, the case for EWY is not lost as South Korea, Asia’s fourth-largest economy, is still on solid economic footing.