You are at:Home»Equity ETFs»South Africa ETF Surges on Hopes of Reform 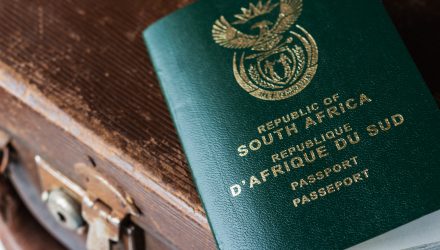 Banks were among the best performers in South Africa’s equity market, with the FTSE Johanessburg Stock Exchange sub-index of bank stocks up 6.6% to its highest level on record. EZA includes a hefty 27.6% tilt toward financials, followed by 27.4% consumer discretionary and 12.5% materials.

South African Deputy President Cyril Ramaphosa was elected leader of the African National Congress Monday in a tight vote, vowing to fight rampant corruption in a scandal-plagued party and to revitalize the economy, report Alexander Winning and Nqobile Dludia for Reuters.

“Politicians are under pressure to change and they are getting a reaction not just form the local electorate, but from markets. It will be pressure from both those angles that will force change,” Simon Quijano-Evans, strategist at Legal & General Investment Management, said.