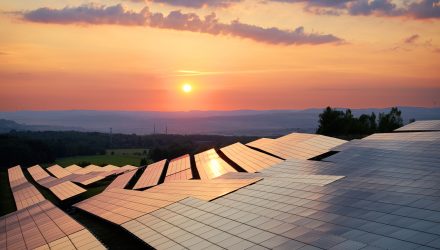 In a performance that is surprising to some industry observers, the Guggenheim Solar ETF (NYSEArca: TAN), the largest ETF dedicated to solar stocks, is up nearly 48% year-to-date. TAN’s 2017 showing dispels notions that the Trump Administration would be a negative for shares of solar stocks.

A number of bullish factors have supported the rebound in solar stocks, including continued strong overall world demand for solar, especially from India, Latin America, the Middle East and Southeast Asia; greater demand for solar power due to increasingly competitive price of solar, compared to alternatives as countries seek to meet carbon-reduction targets under the Paris climate agreement; and continued low valuations, relative to pricier U.S. large-caps, according to MAC Solar Index, the index provider for the underlying benchmark of TAN.

“2017 has been a year of recovery for solar companies, after a couple of years of overproduction and weak prices in crude oil, a commodity for which solar acts as a substitute,” reports Investor’s Business Daily.

The ETF holds 24 stocks and its largest position is a 13.1% weight to First Solar Inc. (NASDAQ: FSLR).